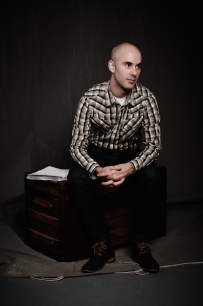 Episode 7 of Canadian Fiction Podcast features Michael V. Smith reading from his gorgeous short story “What We Wanted.” Smith’s novel, Cumberland (Cormorant Books, 2002), was nominated for the Amazon/Books in Canada First Novel Award. His first book of poetry,What You Can’t Have (Signature Editions, 2006), was short-listed for the ReLit Prize. In 2008, he published a hybrid book of concrete poems/photographs, Body of Text (BookThug), created with David Ellingsen. His most recent novel isProgress, published by Cormorant Books in 2011.

Erika Thorkelson a writer whose fiction and non-fiction has appeared in Room Magazine, Maisonneuve, Joyland.ca, Herizons, The Walrus, Hazlitt, Quill & Quire and the Vancouver Sun. She is a host of the Storytelling Show on Vancouver Coop Radio and an instructor at Emily Carr University of Art + Design. She holds an MFA in Creative Writing from UBC. She currently resides in Vancouver but she has lived varying amounts of time in Winnipeg, Edmonton, Dublin, and Miyagi Prefecture, Japan. View all posts by Erika Thorkelson